Everything you need to manage and simplify your data privacy programme and proactively prevent data breaches. Tips on buying Data Privacy Software 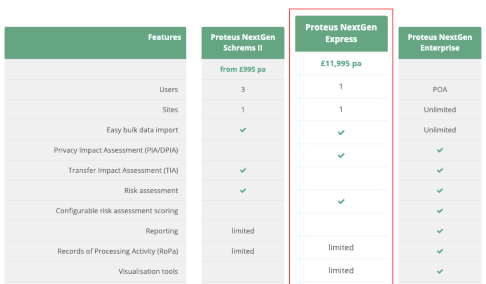 Proteus® NextGen Data Privacy™ provides everything you need to manage your data privacy compliance programme in order to avoid a data breach. It really is the Gold Standard of data privacy. Rated above our main competitors, Proteus NextGen supports GDPR, CCPA, LGPD, PDPA, RGPD and will include future privacy standards too.

“Proteus-Cyber’s TIA feature is an optimal combination of efficiency and customization and has set the bar high for other privacy program management and compliance software solutions to follow suit”
Cassandra Cooper, Info-Tech Research Group

By collecting real data from IT and business professionals, the SoftwareReviews methodology produces the most detailed and authentic insights into the experience of evaluating and purchasing enterprise software.

Proteus® NextGen Data Privacy™ provides everything you need to manage your data privacy compliance programme in order to avoid a data breach. It really is the Gold Standard of data privacy. Rated above our main competitors, Proteus NextGen supports GDPR, CCPA, LGPD, PDPA, RGPD and will include future privacy standards too.

The future of Data Privacy is proactively protecting your data

Proteus was the first company to launch a GDPR-specific software tool, Proteus®GDPReady™ which, according to our clients, is by far the most complete and comprehensive GDPR tool in the marketplace.

GDPR took a giant step forward in updating data privacy standards and set the new benchmark worldwide. Whilst there are now many more data standards being prepared and introduced in countries around the world, so far all appear to be based largely upon the principles of GDPR, albeit with local emphasis (eg the CCPA’s focus on onward selling of consumer lists).

So, firstly, what do we mean by NextGen?

A key question that multinational organisations are grappling with is how to comply with the demands of all of these new standards? Do you have a system for each? Do you develop your own corporate privacy policy which embeds the key principles of those that impact your organisation? How do you handle differences between legislations where they conflict? Proteus®GDPReady™ was the first iteration of Proteus® NextGen Data Privacy™. NextGen introduces a user-configurable rules engine enabling multi-standard compliance by exception. NextGen shares the same source code as Proteus®GDPReady, as does Proteus®CCPAready. Think of them as regulatory lenses through which data privacy is viewed.

But there is more to NextGen than that

Providing a solution to the multi-standards question is only the first part of NextGen. Data breaches are here to stay whether we like it or not. Meaningful fines though are new. As is growing consumer awareness of their rights. Not just the right to see, correct and delete data, but also the right to compensation for infringements. It seems unlikely that the sizes of the fines or consumer compensations will decrease, so prevention is the best course of action. Proteus® NextGen Data Privacy™ introduces continuous control monitoring. Having considered the causes of many well publicised breaches over the years, what becomes clear is that it is often not the new attack that is the cause, but rather the failure of a simple measure or control that should have prevented the breach from occurring or at least caught it sooner. Proteus® NextGen Data Privacy™ tests the controls applicable for privacy compliance and update the risk score accordingly. Failed controls can be seen and responded to before data breaches occur. That is the second important component of NextGen.

But NextGen doesn't end there. Consumer consent is an increasingly complex subject. You only have to browse the web for a few minutes to be confronted with consent engines that are annoying and do not achieve the requirements of the GDPR. Block-chain technology opens up a new world of possibilities for consent management and Proteus will introduce a block-chain consent management capability into its NextGen Data Privacy™ solution later this year. Proteus®GDPReady™ was out of the blocks first and Proteus® NextGen Data Privacy™ continues to lead the way. 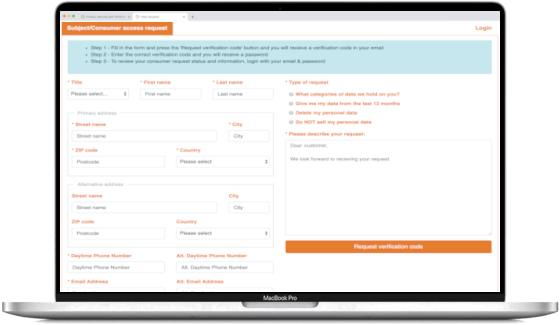 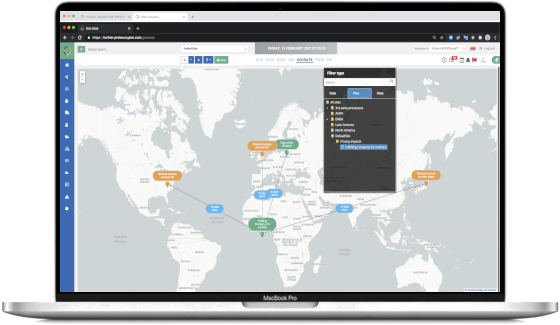 One DSAR overview for multiple standards 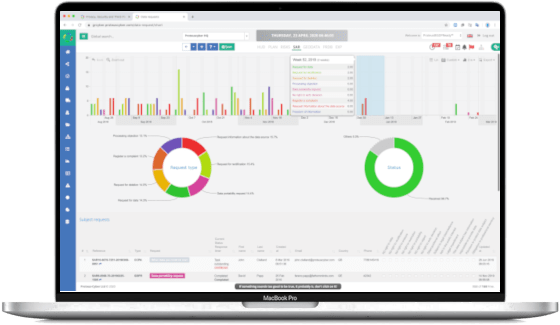 With many years of experience in the business, our team knows how to support our customers

Chris is the Sales Director, founding partner and owner of Proteus-Cyber. Passionate about customer satisfaction, Chris would like to discuss with you how our privacy platform could help your business become compliant with emerging privacy legislation.

John is the Managing Director, founding partner and owner of Proteus-Cyber. He is an expert in encryption and security systems with over 25 years’ experience architecting specialist IT systems.

Craig is a software architect, one of the founding partners and an owner. His knowledge of cross-platform architectures and large scale web-based applications has particular relevance to the Proteus development program.